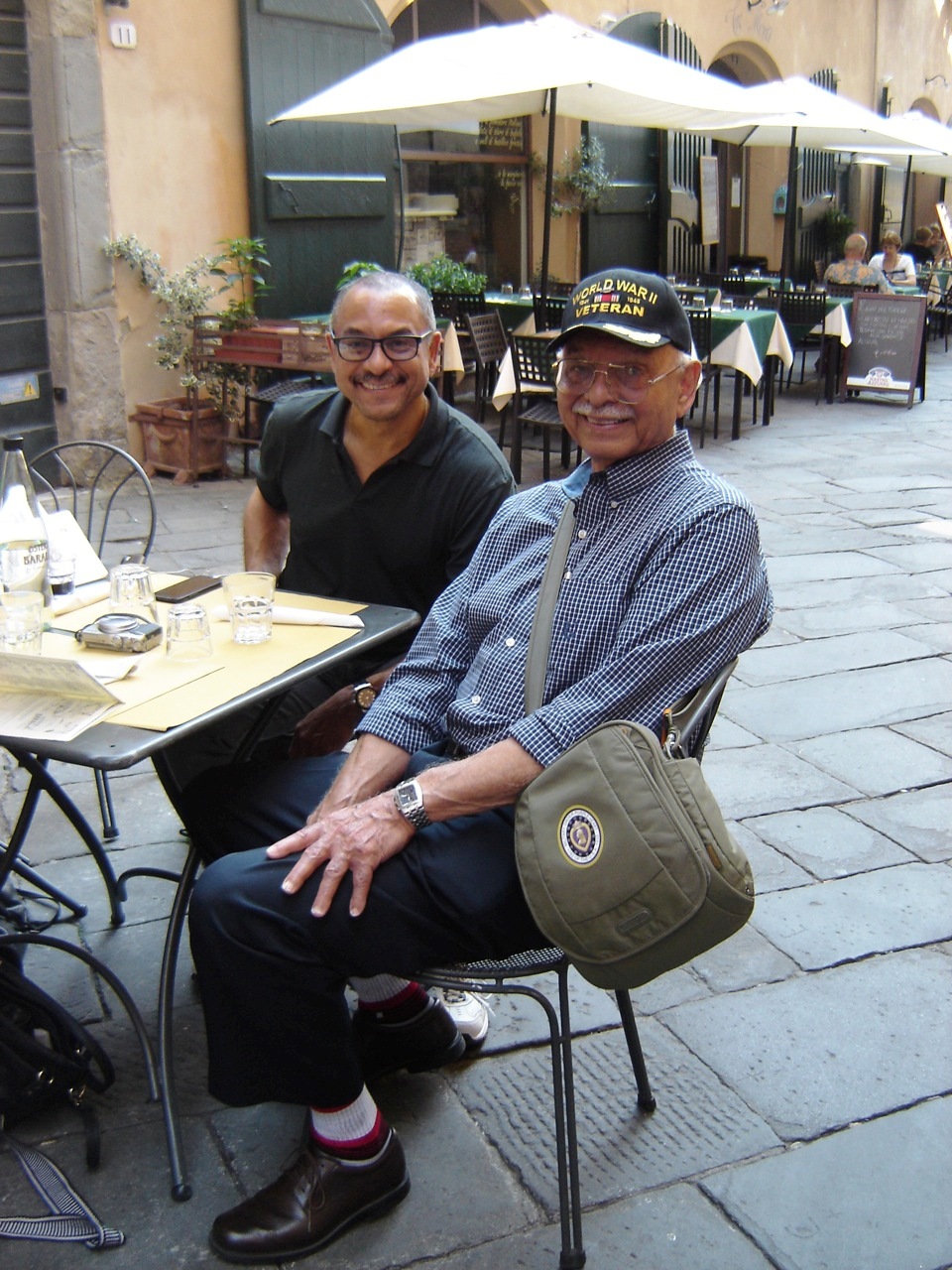 Buffalo Soldier Ivan J. Houston, age 91 from Los Angeles, California, recently spent a week in Lucca with several members of his family. His first â€œvisitâ€ to the area was in September 1944 when he was part of the 92nd â€˜Buffaloâ€™ Division troops who liberated Lucca and then came to Barga.

He didnâ€™t return to the area until 2012, when Mattea Piazzesi, who read his book, Black Warriors: The Buffalo Soldiers of World War II. (iUniverse, 2009), invited him to come and stay in her Lucca villa â€œVilla La Doganaâ€Â  (better known as â€œVilla Orsiniâ€) because she discovered he had been stationed in the villa during the war. — Later, in a battle near Pietrasanta, Sergeant Houston was wounded in a shoulder while performing an action that earned him the prestigious â€˜Bronze Starâ€™ as well as a â€˜Purple Heart.â€™

In 2012 Houston also revisited Barga and Sommocolonia (see below article). He found his reception in returning to Italy so moving that now he canâ€™t stay away — he has returned every year since.Â  In September 2015, an Italian translation of his book Black warriors. I Buffalo Soldiers e la liberazione dell’Italia lungo la Linea Gotica 2014 (Maria Pacini Fazzi editrice) was presented at Banca del Monte in Lucca.

Ivan Houston now plans to return in 2017 for the gala opening of the new Sommocolonia museum. All of us in the Associazione Ricreativa Sommocolonia and in the Barga Comune hope to see him and his family on that happy occasion!